A Guide Against OCD

Some people double check things around the house, like their locks, ovens and even the location of their keys. Others wash their hands to make sure they're clean. Occasionally, these seemingly harmless behaviors can become exaggerated—to the point of interfering with a person's life. 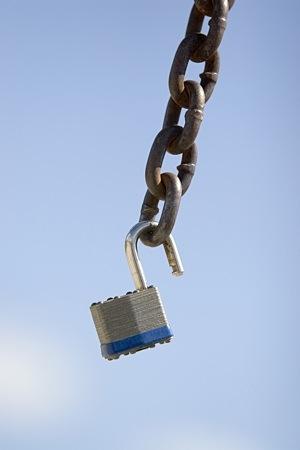 When these behaviors get uncontrollable and compulsive, they can develop or indicate the onset of a condition known as obsessive-compulsive disorder. Commonly known as OCD, this anxiety disorder is characterized by its onset of obsessive, uncontrollable and unwanted thoughts that manifest into repetitive and typically ritualized behaviors.

People suffering from this condition feel that performing said behaviors are necessary, but sometimes recognize how unnecessary they may be. Despite this innate awareness, many people can't resist breaking away from their intrinsic disordered thinking and habits.

Why do people develop disordered thinking with OCD? Can a person eventually stop their obsessive-compulsive behaviors?

Obsessions, as characterized by the disorder, are uncontrollable thoughts, images and/or impulses happening repeatedly within the mind. No matter how hard a person tries, they can't stop the thoughts. On the other side of the spectrum, compulsions are behaviors and/or rituals people feel compelled to repeatedly act out.

Obsessive-compulsive disorder is a perversion of these seemingly harmless behaviors. It causes people to have a lack of 'relief' after developing a certain obsession or compulsion, instead making them repeat said actions and thought processes in a repetitious, demanding and time-consuming cycle. Most people with OCD do experience both obsessions and compulsions, though others can experience just one or the other.

As an anxiety disorder, obsessive-compulsive disorder is best treated through a combination of psychological treatment and medications. Even if a person makes an active effort to treat their disordered thinking, they still need medical intervention to treat the more severe symptoms of the condition further affecting their lives.

How can a person successful manage their OCD?

A lot of therapists suggest to their patients to keep records of their obsessive thoughts, whether writing and/or typing their thoughts into a journal. Even maintaining a healthy balanced lifestyle helps curb obsessive and/or compulsive behaviors.

Obsessive-compulsive disorder is a complex disorder that potentially bleeds into many parts of a person's lifestyle. It's important to understand why people develop such behaviors, since that understanding can help them figure out what treatment options they need the most.