You have probably heard the term ADHD thrown around a lot over the last ten years, but maybe you have no idea or only a vague idea of what it really is. ADHD is a behavioral disorder that affects about 8 to 10% of school aged children. 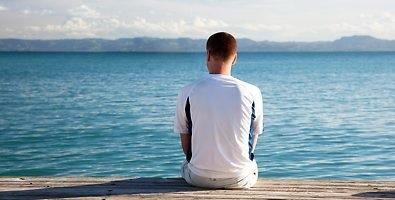 It effects boys much more commonly then girls, although it is not known why. ADHD is a disorder which causes children to be unable to sit still. It causes them to have trouble thinking, and to act without thought. Although you might give them instructions and they might understand the instructions, having ADHD will make it difficult for them to follow through on them. ADHD is often confused with ADD but the two are very different.

ADHD ca also cause a child to act very disruptively in the classroom. Although you may be thinking that lots of children act this way, and this is true, there is a difference between the usual childlike behaviour and ADHD. The major difference is that the child will continue to show these symptoms long after the age where this is considered common. Another difference is that children with ADHD will act this way in situations that most children would be able to control themselves.

Luckily, ADHD if treated properly can be controlled and managed.

There are three different categories of ADHD, and if your child is diagnosed it is important that you understand the differences between the three to give you a better understanding of what your child is going through.

The first is the inattentive type.

With this type of ADHD the child may keep to themselves and appear to be behaving, but they will not be paying attention to what is going on around them. If their teacher has complained that they have to call on your child several times to get their attention, this is probably the type that your child has.

The second type of ADHD is the hyperactive-impulse type.

This type is a combined type, which causes a child to exhibit inattentive and hyperactive-impulsive symptoms.