Speaking is the most common and important way people communicate with each other. It's how we inform others of our feelings, opinions and the main way we transmit information to each other in spoken form. Thanks to its importance in society today, a lot of people don't realize that speaking can be affected by disorders. One of the most common disorders of speech is known as stuttering. 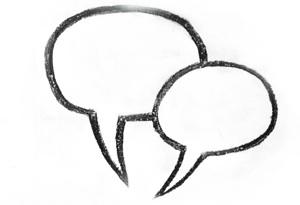 Stuttering is formally known as a speech disorder. It's a communication disorder characterized by disruptions or a lack of fluency in a person's speech. The term stuttering can be used to refer to certain discrepancies seen in people afflicted with stuttering or the difficulties seen from the condition in general.

What are the common symptoms and signs of stuttering?

Stuttering mainly affects the fluency of one's speech. It commonly starts during childhood, though in some cases, the condition continues affecting people throughout their lives. Stuttering can cause people to distort their way of speaking in two distinct ways, although most sufferers of the condition have nuances specific to their situation. People who stutter either exhibit common symptoms and/or uncommon symptoms.

The distinguishing, common symptoms include the characteristic repetition and/or prolongation of words, in addition to stopping or blocking certain sounds while speaking. Uncommon symptoms include word omission, word substitution and what's known as circumlocution or word rearrangement in sentence contexts. Stuttering also makes people sound 'out of breath' or tense while talking, experiencing a general lack of fluency with their speech patterns.

How does stuttering affect people? Can it be treated?

The condition is known to make sufferers experience physical and mental symptoms associated with their condition, such as physical tension and difficulties with properly using their speech muscles. As of this time, there isn't a concrete known cause for stuttering. Researchers are currently seeking new information about this complex communication disorder.

Stuttering does have a connection to emotional problems, possibly developing as a result to said problems, rather than being attributed to genetic or solely neurological discrepancies.

Even though there's no cure, there's several treatment options for people suffering from stuttering. Treatment for stuttering generally helps people learn how to speak easier, communicate better and feel more confident about themselves and their speaking skills.